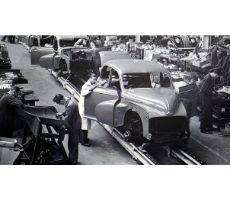 As the Indian automobile industry battles slowdown blues, primary questions on top of investors’ minds are: Where do we stand in the current down cycle? and How swift will the recovery be? Analysis of past 20 years’ demand cycles indicates that we are currently in the middle of a down cycle. And, what’s interesting is that the current slowdown is different from previous ones at least on four counts:

1) it’s driven by domestic factors rather than global events;

Hence, volume recovery is unlikely to be as sharp as in the past, unless there is strong fiscal support. Also, a whopping 5-30% surge in prices over FY19-21E compared to 1-2% p.a. over the previous decade is likely to restrict the extent of margin recovery.

So, how to play the cycle? Given the nature of the slowdown and specific concerns, we prefer companies that have: a) the ability to capture market share; b) power to pass on cost pressure; and c) strong product cycle. And, what’s the best time to invest? According to empirical data, a strong FCF yield is a good indicator of stock price bottoming out.

The current slowdown is different from earlier ones on at least four counts: a) domestic factors driven: Historically, global events (Asian currency crisis, Y2K, global financial crisis) have triggered demand slowdowns. However, the current one is driven by domestic factors, including the NBFC crisis; b) sharp regulatory cost pressure: Over FY19-21, vehicle prices are estimated to jump 13-30% (1-2% p.a. over previous decade) due to safety, insurance and emission related compliance costs. Such steep price hike for end consumers can throw a spanner in growth recovery; c) stiff competition from growing organised pre-owned vehicle market: Intensifying competition from pre-owned market is also taking a toll on new vehicle sales. For instance, in passenger vehicles (PV) while new vehicle market grew ~2% in FY19, pre-owned market sustained double-digit growth; and d) significant margin pressure: Even though volumes (till Q4FY19) have not corrected sharply, theEBITDA margin fall is higher than in previous cycles. These factors raise doubts on the industry’s ability to pass on the regulatory cost pressure without compromising on margin.

Over the past 20 years, two wheelers (2W), PV and M&HCV trucks (M&HCV) have gone through five-six cycles. It’s pertinent to note that: a) the pace of change in liquidity as well as GDP growth are key macro indicators that have consistently impacted auto sales across slowdowns and subsequent recoveries; b) though slowdowns do not seem sharp on annual basis, they are dotted with quarters wherein sales have plummeted significantly; c) segment-wise analysis reveals that slowdowns in 2W have been generally shorter and shallower than in PV and M&HCV. We attribute this to lower reliance on financing in 2W compared to the latter; d) there have been false volume recovery signals during slowdowns, which fizzled out due to lack of liquidity and GDP support; and e) the previous 2W and PV recovery cycle was tepid. The key question to ponder is, is this the new normal?

Where are we in the current cycle?

Drawing parallels from the past, we conclude that we are mid way in the slowdown for 2W and PV with Q1FY20 being the first quarter of sharp sales dip. Huge jump in costs for end consumers makes it further difficult to take a call on the extent of margin recovery. At the current juncture, we believe, volume recovery is unlikely to be as sharp as in the past, unless there is strong stimulus support. Also, OEMs may be compelled to absorb some of the BSVI costs to revive volumes, especially in 2W and PV. In M&HCV, we believe the current slowdown is more due to the economic cycle rather than over-capacity in the system, as reflected in strong freight rates (compared to previous slowdown phases). Also, we conclude that BSVI transition is unlikely to majorly impact M&HCV demand as long as truck operators are able to pass on the costs. We do not expect any major pre-buying and hence do not expect significant sales dip in FY21.

So, how to play the cycle? Given the nature of the slowdown and specific concerns, we prefer stocks that have the following characteristics: a) ability to capture market share: Empirical data indicates that market share gain is the key stock outperformance driver. An expansion in margin/average realisation along with market share gain yields outsized performance; and b) power to pass on the cost pressure or a diversified revenue stream: In the current cycle, ability to pass on the sharp jump in cost will also be pivotal to success. Players with higher exports are better placed to absorb cost pressures compared to domestic players; and c) strong product cycle: In the current scenario, a strong product cycle will enable players to address the above two points. Moreover, we observe that FCF yield is a good indicator to identify value.

Changes in our earnings and top picks

Given the sharper-than-expected slowdown, we revise down FY20E and FY21E EPS of companies under coverage in the 2-18% range. We do acknowledge that given the tepid demand and BSVI implementation, near-term volume outlook remains hazy with risk of further earnings cut. However, we believe, divergence in performance amongst companies will be apparent post BSVI transition. Hence, our top picks are:

We believe, the current slowdown in CV is transient. It has been induced by liquidity crisis rather than economic slowdown, as a primary driver. Our bullish stance is anchored by:

On competitive intensity, we draw comfort from the fact that in 2W once a brand is established, it’s difficult to dislodge the same with a similar product. We believe, RE’s demand opportunity is significant. We expect the recently launched 650cc twins to revitalise the company as the Classic 350 did a decade ago.